Request A Demo
Facebook Twitter Instagram YouTube LinkedIn
Bjorn Lee, CEO of MindFi.co
TEN YEARS AGO, when he suddenly experienced chest pains at the young age of 29, entrepreneur Bjorn Lee thought that he was having a heart attack. He sought help from different doctors, and one diagnosed Mr Lee as suffering from stress-induced ... 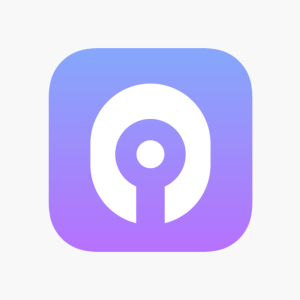 MindFi Editorial Team
Contents hide
1 WHAT MAKES MINDFI DIFFERENT FROM OTHER SIMILAR APPS?
2 HOW HAS THE CORONAVIRUS PANDEMIC AFFECTED YOU AND THE COMPANY?
3 HOW HAS MINDFULNESS HELPED IN YOUR WORK AND PERSONAL LIFE?
June 19, 2020

TEN YEARS AGO, when he suddenly experienced chest pains at the young age of 29, entrepreneur Bjorn Lee thought that he was having a heart attack.

He sought help from different doctors, and one diagnosed Mr Lee as suffering from stress-induced chest pains and mental stress. He was told there was nothing wrong with him physically, and even suggested that he see a psychologist at the Institute of Mental Health. He said no as he didn’t see it as necessary, although the doctor advised him to at least try meditation on his own.

Six months later, he went on a silent retreat in India to learn traditional meditation, and has not looked back since. He meditates, from 10 to 30 minutes daily. In fact, that experience led him to start MindFi.co, a mental wellbeing company, in 2017. MindFi.co runs the successful mindfulness app, MindFi, which Mr Lee says has “tens of thousands of users”.

About 75 per cent of the users are companies in Asia Pacific, and the company is currently valued between S$4 to S$5 million.

THERE ARE MANY PEOPLE WHO MEDITATE, BUT NOT EVERYONE GOES ON TO START A WELLBEING COMPANY. WHAT MADE YOU START MINDFI?

In 2010, I started Stickery, a sticker maker app that was funded by Google Ventures, and after that I was head of product innovation at Zopim which was later acquired by Zendesk. At both companies, I was managing teams from different locations, and that left me totally exhausted and also put a strain on my personal life. I quit my job and took a one year sabbatical to reflect on my career thus far. During that time, I spoke to many psychologists and psychiatrists and found out that mental health is highly neglected in our society, regardless of whether it is in Silicon Valley, where I was working, or in Singapore. I decided to focus on wellbeing, because it is more mainstream and accessible. Before this, I had no idea that stress and anxiety attacks could manifest itself into physical body pain. I want to prevent others from getting chest pains like me. Not everyone has a doctor that can detect mental stress at an early stage. My sabbatical gave me a clearer lens on where I see my career going. It made me change my focus on how to create a social impact for people rather than chase unicorn values.

WHAT MAKES MINDFI DIFFERENT FROM OTHER SIMILAR APPS?

What we have in the app comes from speaking with mental health practitioners, and also some from my own personal experience. I found that traditional meditation which I learnt in India, is incongruent with our modern lifestyles. Our attention span is short, and not everyone has the time to spend an hour meditating. So some of the MindFi meditation sessions are short, just one minute long. We also don’t expect everyone to meditate with their eyes closed. I too found that hard when I returned to Singapore. Mindfulness can be practised with your eyes opened. I like to say that MindFi is an eye-opening experience to mindfulness. Beginners can start doing one-minute sessions with their eyes open. We just want to get people into the habit of meditating or being mindful, which is why we start with short sessions. If you can meditate for a minute, then three minutes, then five minutes, you build up that confidence to mediate for longer sessions. The trick to building a habit like mindfulness is not the duration but the frequency. So with time, the app will recommend users to try longer sessions and with their eyes closed. Another popular feature is the focus mode. You start the timer and do not look at your phone for 25 minutes. It’s good for when you need to finish up an urgent task and need a digital detox. There’s also the haptic breathing session, where you breathe according to the phone’s vibrations. I know a VP who regularly uses that during meetings to regulate his blood pressure. Our unique selling point is that we are a bite-sized, habit-friendly app to take care of mental wellbeing.

HOW HAS THE CORONAVIRUS PANDEMIC AFFECTED YOU AND THE COMPANY?

It has been a rollercoaster ride. I am adjusting to working from home, but I miss the physical interaction with my colleagues, and am starting to get cabin fever. So I’m experimenting with myself, changing the types of meditation that I do and climbing stairs in the afternoon to get some exercise in and also as break from work. Work-wise, the pandemic has accelerated the number of users who have signed up to use the app, so I’ve had to double the size of the team. We’ve had a 250 per cent increase in the number of users in the last few months. We’ve also had more companies sign on with us, which was something that I struggled with when the app first launched in 2017. Back then, companies had no budget for mental health for their employees, and mental health wasn’t something openly discussed. We sell annual subscription plans to companies and can tailor the programme to meet their needs. With employees working from home, human resource leaders have realised the importance of mental health of their employee welfare – either through staff surveys, or feedback. Working from home has definitely taken its toll since stress is higher working in unfamiliar home surroundings, away from colleagues and with a different set of distractions. When we first started, we targeted individuals, but now a large part of our resources are spent on corporations. With the pandemic and the potential recession, companies should understand that taking care of their employees’ health starts with taking care of their minds.

HOW HAS MINDFULNESS HELPED IN YOUR WORK AND PERSONAL LIFE?

I have become more sensitive towards my team members and customers. When you are subjected to a lot of negativity and stress at work, it is easy to not know how to be happy. That negativity will affect other colleagues too. I’ve learnt to manage my emotions better, to be a better leader, provider and supplier to our customers. Everyone wants to be the better person that colleagues enjoy working with. And this also applies to personal life. I’ve become a kinder person to my loved ones. To be fair, it doesn’t mean that I don’t get angry or stressed anymore. I still do. But I recover faster, which has been the main takeaway for me. I find I’m able to recover from stressful situations better. I’ve seen the change myself, but also have had people tell me that.

MindFi Editorial Team
Contents hide
1 WHAT MAKES MINDFI DIFFERENT FROM OTHER SIMILAR APPS?
2 HOW HAS THE CORONAVIRUS PANDEMIC AFFECTED YOU AND THE COMPANY?
3 HOW HAS MINDFULNESS HELPED IN YOUR WORK AND PERSONAL LIFE?
SHARE